Get Estimate
October 8, 2020
by Danny deLaveaga

Wayzn is an automatic smart sliding glass door opener built to enable pet owners to control access to their homes remotely. At first appearance, Wayzn seems to be a prime example of a simple, seamless product development initiative that follows the idyllic path from concept to validation, to crowdfunding, to production, and finally to market entry. Although the product has successfully entered the market and the company is thriving, the Wayzn development story as told by self-proclaimed “bro-founders”, Adam Smithline and Mike Demele, was no walk in the park. As is prototypical of the majority of complex product development initiatives, the Wayzn journey is one fraught with challenges and obstacles and pitfalls that require an immense amount of persistence, decisive action, and luck to overcome.

Campaigning for an Answer, Not Money

The Wayzn product development journey began as a concept born from necessity. Adam needed a way to easily let his dog out while at work. Mike and Adam ran the concept past friends and family to great fanfare, but were unconvinced of true “product-market fit”. They decided to hire a few contractors to put together a crude, works-like prototype to gather more feedback.

Their first “Frankenstein” prototype consisted of a tissue box encasement, off the shelf electronics (an Arduino and Particle Photon) wired onto a breadboard, with no mobile app. They used the development app to control IO pins and turn an actuator on and off.

The response and feedback gathered were positive enough that they were excited and wanted to take it further, but didn’t quite understand the market well enough to know if it would stick. The decision to validate product market fit via a crowdfunding campaign was made.

It is important to note that the decision to run the crowdfunding campaign was made not to raise money, but to answer the question, “Is there product market-fit?” They worked with a company out of the bay called StudioRed to build their first “looks-like” prototype shown here. This consisted of industrial design, electromechanical integration, prototype development and finishing. The goal here was not to design for manufacturing, but rather to develop a looks-like product that could work well enough to film a convincing video.

Wayzn’s original Indiegogo campaign had a goal of $150K which was met and surpassed with over $215K and 942 backers.

The crowd-funding campaign succeeded within 7 hours and surpassed Mike and Adams threshold to determine that there was “product-market fit” and at that point, efforts shifted towards engineering. By this time, the team started working with Ansync out of El Dorado Hills to bring the prototype closer to production readiness. Although seemingly simple, the product development initiative had many challenges to overcome as it controlled access to the home, involved multiple moving components, high voltages, and many critical safety elements.

From left to right, this image shows the transition from prototype to production units.

Throughout this stage of the development process Ansync was able to help Wayzn answer many of the more difficult questions around the design, supply chain, and product architecture. They scaled the production slowly and used the time to test all new prototypes with the initial customers from the crowdfunding campaigns. During this testing and pilot production period, there were many issues that were uncovered. The images below depict one major problem that influenced the decision to move to configurable products to account for different sizes of sliding glass doors.

As this pilot engineering and production stage was done in small batches, all engineering challenges could be handled with minimum impact to production timelines. Ansync used their in-house machine shop and engineering teams to come up with solutions and bring the first 1,000 units to the market for more detailed product testing. This integrated product development process allowed Mike and Adam to mitigate risks as they invested in production tooling. They were able to influence the design of their product while maintaining high touch with their initial customers. Often this meant traveling to the homes to assist with installation and troubleshooting as well as joining Zoom calls with every single Indiegogo customer that purchased the product.

As demand grew, Ansync then assisted with the moving of the device to a full-scale manufacturer that was able to support larger volumes as the team scaled orders due to CES and a renewed focus on marketing. They were able to do this with confidence due to their initial efforts to bridge the gap between engineering and production in the pilot stage of a product development initiative.

Wayzn was featured by multiple publications including The Gadgeteer, iBusiness Magazine, USA Today’s Reviewed.com, and many more. In 2020, Wayzn was recognized by CES as an honoree for the “Best of Innovation” award and won CES’ “Smart Home Division of Mark of Excellence” title.

Wayzn’s booth received a lot of attention in the smart home section of CES 2020.

As this article is being published, the Wayzn team has launched a Republic investment campaign that has passed its minimum goal of $25K; on that note, it looks like they’ll easily meet their $1.07M ultimate goal.

It appears that the future of Wayzn is expanding beyond the dog-door market, and will see a future of smart, home security and convenience.

We will continue to expand our direct-to-consumer product and service offering, making it extremely easy to transform existing windows and doors into smart, automated entry and ventilation points. 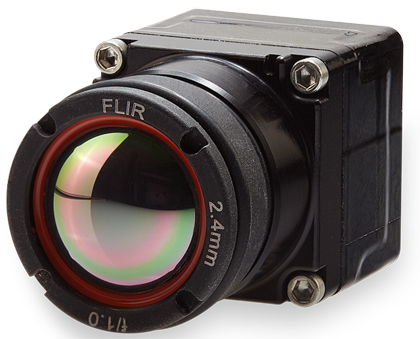